To Rhyme or Not to Rhyme 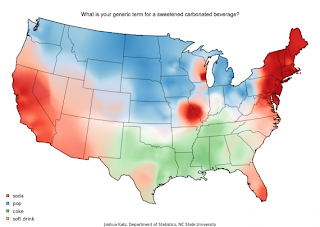 Many of you have probably figured it out already, but I realized recently that perhaps the reason editors and agents discourage rhyming stories for picture books (besides the fact that it's often not well done) is that rhyming words depend largely on the culture, language, and geographical region of the reader. This became apparent to me when I realized that "gardener" could be pronounced with 2 syllables (gard-ner) or 3 (gar-den-er)  depending on where you live.

We all know Bostonians pronounce words differently than Houstonians. Do you say "Where are you all going?" Or "Where are y'all headed?"

I grew up in Nevada, but when I lived in Texas, I learned a lot of new pronunciations. At Thanksgiving, most native Texans say turkey and all the "fixins" not "fixings" or even "sides." My daughter pointed out that I say, the days of the week as (e.g., Monday as "Mon-dee, Tues-dee" instead of "Mon-day, Tues-day").

In an article on the subject, James Joyner notes, "I say “loyer,” not “law-yer,” despite the latter pronunciation dominating the places I’ve mostly lived.  Ditto “may-uh-naze” rather than “man-aze.”

So then, if I have a rhyme about the "sea" and planned to rhyme it with "Thurs-dee" I'd have a problem. A reader in another geographical area would think the rhyme was broken or just wrong. I love to play with rhyming texts, but it is something to think about when tempted to rhyme the next picture book story.
-Q
Posted by QuinnC at 11:28 AM 1 comment:

I'm so excited that Picture Book Idea Month is here and I'm on target! November 6th and I have 6 pages in my PiBoIdMo 2013 notebook brimming with new ideas.

This is great news in itself, but PiBoIdMo founder, Tara Lazar offers even more goodies in the form of writing encouragements, give aways, and different guest bloggers every day this month. Barely into the first week and I found Katie Davis's guest blog and picture book infographic particularly helpful.

With tons of good ways to spark new ideas, I plan to post it above my computer. I've already pinned it to my Writing Resources board on Pinterest if you want to repin it.

I'll report on my progress throughout the month. Let me know of yours, too. -
Posted by QuinnC at 6:41 PM No comments: 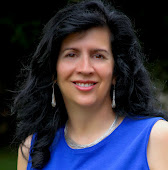 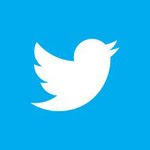